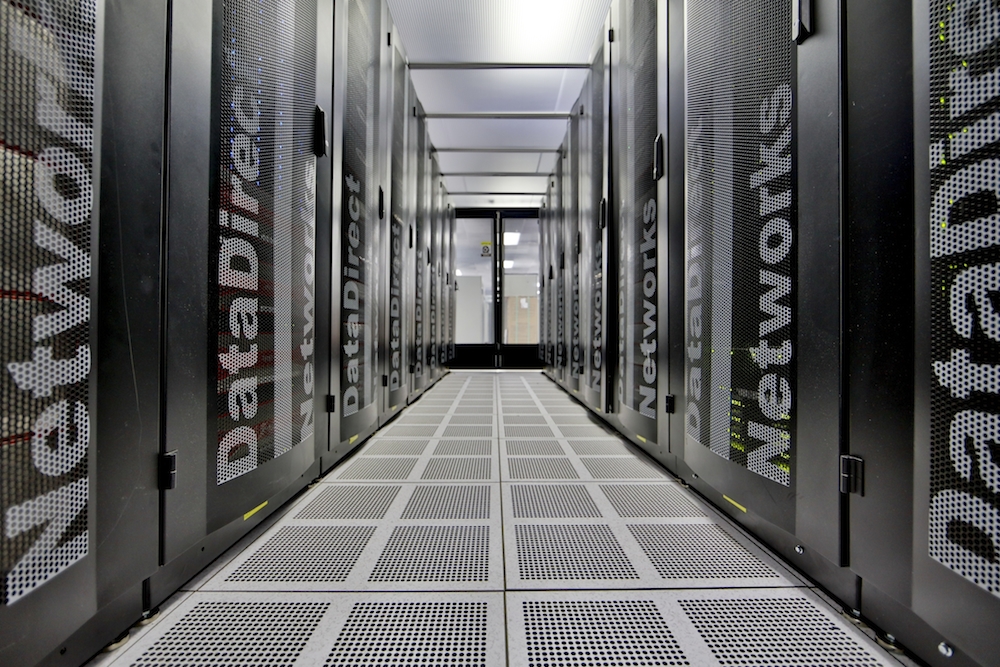 We live in an imperfect world-and that applies to the materials that make up our fuel cells, magnets, solar cells, batteries, and other energy technologies. Materials contain impurities and defects that influence strength and other properties. Now, a team of researchers with the US Department of Energy’s Oak Ridge National Laboratory (ORNL) is using ORNL’s Compute and Data Environment for Science (CADES) to analyze large volumes of neutron and x-ray scattering data to find and identify these defects-a first step to greatly reducing time researchers spend on comparing and contrasting scattering data to identify connections between structure and function.

Material defects can occur on multiple scales, from a displacement or vacancy in a single row of atoms to an irregularity in the bulk organization of a material across many atomic layers. By studying atomic structures and defects, researchers can better understand the material’s properties-how strong or weak, how malleable or brittle, how conductive, or how susceptible to heating or stress.

Using neutron and photon sources, researchers can measure atomic spacing and capture the energy and dynamics of atomic structures that are difficult or impossible to observe with visible light under a microscope.

In the case of ORNL’s Spallation Neutron Source (SNS) and the Advanced Photon Source (APS) at Argonne National Laboratory-the brightest neutron and photon sources in the country-these instruments produce a landslide of data on atomic structures by illuminating material samples with beams of neutrons and photons (photons behave as x-rays within a certain electromagnetic wavelength).

These facilities also annually host thousands of users, all of whom are carrying out intensive experiments on a number of detectors along the beam lines. The data adds up, and the goal of the collaboration between CADES, the Neutron Data Analysis and Visualization Division, and partners at Argonne is to establish data analysis pathways for classifying defects in large volumes of neutron and x-ray scattering data.

Still in its exploratory phase, this project demonstrated the possibilities at the SC14 supercomputing conference in November 2014 in New Orleans. The SNS and APS team used CADES resources to perform image processing and machine learning to identify (or “search”) for one particular kind of defect, a stacking fault, among 20,000 images collected from SNS neutron scattering data and presented the results during the SC14 data demonstration.

Historically, researchers have compared neutron and x-ray images with a visual encyclopedia of known defects-not unlike a more tedious version of the Concentration card game where players try to flip matching cards based on memory. By matching newly observed defects with recorded observations, researchers have interpreted the properties caused by these defects.

However, large-scale computing environments like CADES promise to accelerate research by reducing the staff hours needed to analyze and interpret data.

“We’ve come a long way with image recognition and machine learning,” Proffen said. “It’s significantly faster than taking a book and looking from page to page to page.”

But there are still obstacles, even with high-performance computing (HPC) and project workspace like that available through CADES.

For the SC14 data demonstration, SNS provided pre-collected data on familiar double-layered perovskites, a type of oxide mineral used in several energy technologies such as semiconductors and photovoltaics. While x-ray scattering data was not used during the SC14 demonstration, APS data on the same perovskite sample has since been included in the workflow.

“Through machine learning and the stacking fault simulations, we can train the observational database to recognize stacking faults and, ultimately, extend this to other types of disorder in future projects,” Proffen said.

Scattering measurements are distinctive where stacking faults and other defects occur. The measurements corresponding to the defect must be “matched” to the simulated stacking faults, or else it could likely be a different kind of defect that is (for the sake of demonstration) not of interest to researchers looking for stacking faults.

Proffen said the future of using machine learning to recognize patterns in scattering data will not only reduce the tedious work researchers conduct post-experiment to interpret data, but also could enable researchers to search for specific defect features in databases, allowing them to quickly identify useful material properties and functions more rapidly than ever before. —Katie Elyce Jones

Oak Ridge National Laboratory is supported by the US Department of Energy’s Office of Science. The single largest supporter of basic research in the physical sciences in the United States, the Office of Science is working to address some of the most pressing challenges of our time. For more information, please visit science.energy.gov.